December brings a multitude of holidays with it. Along with that comes traditional cultural recipes by the thousands. There are foods associated with everything from the lesser known celebrations to the largest of all. As I was researching for this blog, I decided that I want to try some from all of them! Many of these dishes have been brought by our ancestors and kept alive through generation after generation. Some changed over time, some stayed exactly the same.

Because many people celebrate multiple holidays I have chosen a few recipes from different cultures that I think you might enjoy.

This first recipe is a favorite for Hanukkah celebrations, also known as the Jewish Festival of Lights. 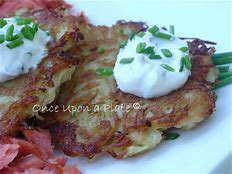 Kwanzaa is a celebration of African heritage and culture. This recipe has so many variations that I had a hard time choosing one!

This is a lesser known holiday (to me anyway). Boxing Day. It is celebrated on December 26th in the United Kingdom and countries that previously formed the British Empire.

Print Recipe
Beef Bourguingon
A very versatile recipe. Add different vegetables to this to customize it to your personal taste. 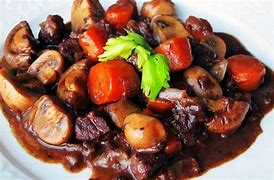 Lastly, Christmas. Christmas is the most widely celebrated holiday in the world by Christians and not Christians alike. There is no one traditional meal for Christmas like turkey is for Thanksgiving. It seems to be more of a family tradition for many rather than a cultural norm.

Food, especially certain dishes, is such a big part of holiday celebrations. By making Great Grandmother’s sugar cookies or Uncle John’s favorite salad, we keep memories alive and, in a way, honor that person and their legacy. I hope you have a special recipe or two. If not, there is no better time than now to create that signature dish that will be talked about and prepared for years to come.