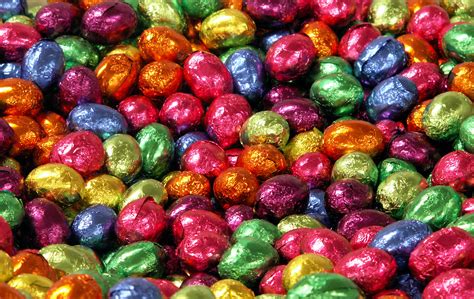 When you’re a kid looking for those bunny tracks to lead you to your hidden treasure of an Easter basket, all you can think about is the candy that you’ll find inside. Fun fact #1: 16 billion jelly beans are made specifically for Easter each year. Fun fact #2: When eating a chocolate bunny, 76% of Americans prefer to eat the ears off first.

Now, as an adult, I still love the candy, but also look forward to the family gatherings and the scrumptious food that everyone brings.

Every culture that celebrates Easter has its own traditional Easter foods. For instance, the United Kingdom has Hot Cross Buns. A Hot Cross Bun is a light brioche-style bread that is cut on top before baking. Sometimes it is frosted on top to add some extra sweetness. Schinken im Brotteig is a German dish. It translates to ‘ham in bread’ which is exactly what this dish is. In Argentina, Torta Pascualina is similar to quiche with ricotta cheese. On Easter morning in Jamaica, a bun (a sweet bread) topped with a creamy cheddar cheese is eaten.

The most often prepared dish on Easter, in the United States, is an Easter ham. Here is our version of a delicious ham for your Easter meal.